BIOVIR contain Lysozyme, also known as muramidase or N-acetylmuramide glycanhydrolase is an antimicrobial enzyme produced by animals that form part of the innate immune system. Lysozyme is a glycoside hydrolase that catalyzes the hydrolysis of 1,4-beta- linkages between N-acetylmuramic acid and N-acetyl- D-glucosamine residues in peptidoglycan, which is the major component of the gram-positive bacterial cell wall. This hydrolysis, in turn, compromises the integrity of bacterial cell walls causing lysis of the bacteria.

Cinnamon oil contains various chemicals that are believed to be responsible for cinnamon’s antifungal and antibacterial effects. Important among these compounds is cinnamaldehyde. Cinnamon helps improve blood circulation. 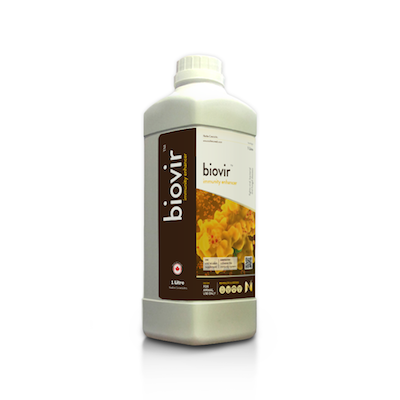 Store in dark and clean warehouse with below 20C, do not store together with any toxic or Hazardous materials; once opened make sure to use it up as soon as possible or sealed well.

For further information, please contact us now using the button below:

Talk to Us Now!